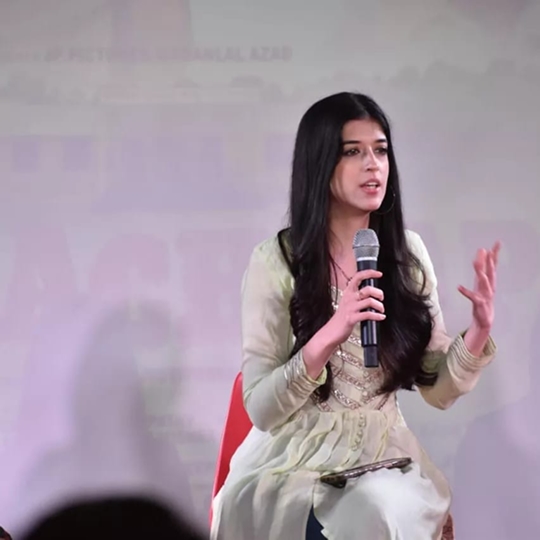 From being an officer in Indian Air Force to parachuting in to the deep ocean of Bollywood must have taken enough guts and gumption for the young and dynamic Director Jyotiprakash. Make no mistake, he has debuted as Director in the movie much-applauded with a social message Jholachhap in an unique elan. Read on more about Jyotiprakash and the movie and why this movie is a need of the hour movie..

QUESTION: How did Jholachap happen to you?We mean the concept,the storyline and finally producing it..

ANSWER: It was during the pandemic that people started realising the importance of health which ignited me to focus on this. Besides this, a Doctor in Odisha Shekharla Padhan was in highlights because of his selfless service .He developed a  PHC in a different level for which Chief Minister Naveen Patnaik had tweeted for his work. These all actually inspired me to make the story.

Q.- Are you satisfied with the end result?

A.-This is my first commercial movie. Earlier I have made many short and tele films which have been awarded and recognised. But if I say about Jholachhap ,I have tried my best and I think it has come up well.

Q.- In the big world of Bollywood,are you nervous to release the movie and when it is,how confident are you that the film will be a hit?

A.- It’s was a  big challenge actually because viewers always try to see a big starcast/face. But I think the trend is changing now, people have started to see a good artiste and definitely Jholachhap will be liked.

Q.- Who’s the protagonist of the movie and how did you develop  the central character?

A.- Mehak Manwani has played the protagonist character. She has played the role of a doctor. A newly-appointed doctor posted to a rural Primary Health Centre (PHC). Besides her, the immaculate Chittaranjan Tripathy and senior Bollywood artiste Mushtaq Khan are also there .

Q.- Tell us something about the story and how is it going to be different than many other stories?

A.- First of all,the story is based on certain true incidences. The bitter truth of our village healthcare system. In the story we have not only shown about the quacks but the merits and demerits of Government healthcare system. Why people in villages trust quacks more than a MBBS Doctors.Why villagers avoid to go to PHC et al.

Q.- Let’s us know few memorable incidents which may have occurred while shooting the movie..

A.- When the shoot was going on we had taken some villagers as junior artistes. While Dr Neha was checking the villagers for the shots in  a doctor’s costume, the villagers actually started telling their health issues to her thinking her as the real doctor of the PHC.

Q.- Any plan to move to Mumbai from lock stock and barrel to produce more movies?

A.- Since childhood I had the intrest towards theater and film. During my school days I remember I was inclined towards arts and drama  rather than studies. I learned editing and animation course during my job. I left my job pre maturely and joined film making course. It was actually challenging as this part was a totally different profession but I had faith and confidence in my work.

Q.- How do you keep yourself relaxed?

A.- My only choice for relaxation is music and film

A.- I always love to watch the projects of Raju Hirani sir and Vetrimaran sir.

Q.- Given a chance whom do you want to be the lead pair in your movie?

A: –I would love to work with Manoj Bajpayee ji.